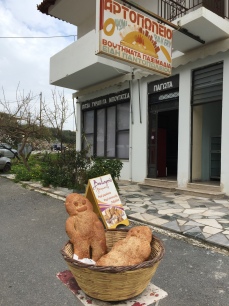 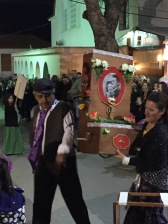 This year the tradition of Lent has started for many traditional Christians around the globe and every 4 years the Eastern and Western Calendars “meet” so this year Lent has started together (https://www.timeanddate.com/calendar/roman-calendar.html) Carnival marks the last time of “letting loose” with food, drink, dress/costumes and for many a continuing of winter-Spring traditions extending back to the ancient times; whether you are  celebrating “Clean Monday” (Καθαρή Δευτέρα) with kite-flying and a vegetable and fish “diet” or preparing for a 40-day “fast” we focus on getting rid of our negative “habits” temporarily (leaning away from “temptation”)  and perhaps reflecting on being better people as well as preparing for Spring! And since we’re thinking of those left-overs last month was also Dental Care Awareness for kids  month, maybe it’s the chocolate binge and from Valentine’s Day or thinking of those marshmallow sugarcoated “peeps” for Easter …who doesn’t love Easter candy?! Whatever one does reminding ourselves to visit the dentist at least 1-2 times a year is vitally important and brushing teeth, flossing, sugarless gum after meals also helps! Ironically even the more health-literate Greece, due to the economic crisis not only has the dental profession been affected negatively among other health ‘tragedies’  described in an article in the reputable medical journal The Lancet appropriately called “Omens of a Health Tragedy” by Kentikelenis et al. (2011 article).  Indeed, children in Greece now have some of the worst teeth in all of Europe — The latest sign of Greece’s decay: Children’s teeth (identified Reuters article) since not going to the dentist often,   more than just ‘a pain’ in one’s month as teeth indeed affect and even reflect a person’s overall health.

In Spring, Pagan and Neo-Christian traditions come to light…

This special season think of the various messages that can help you integrate actions for better health: